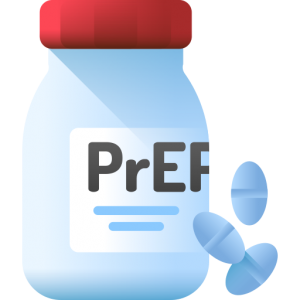 PrEP is a daily medicine that can reduce your chances of getting HIV.

Pre-exposure prophylaxis or PrEP, as it is often called, is bringing the world one step closer to this reality. If taken by an HIV-negative person, PrEP can prevent HIV infection. Simply put, it is the closest thing that we have to an HIV vaccine and has changed the world of HIV in the United States and around the world.

PrEP has been revolutionary for HIV prevention in the world, but not enough people know about it. It is important to spread the word about PrEP and encourage people to talk to their doctor to get more information. PrEP is available at all HAPA KENYA drop-in centers.